Here is the Beginning of the BMW project! Follow along as We fix what needs fixing! 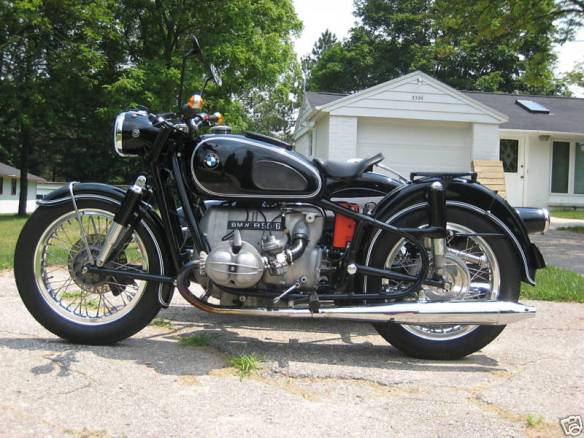 The benefits are increased power and reliability. The older engines didn’t have a modern oil filtering, or an alternator, and topped out at 600 CC.

After about a year of searching a found a bike that met my needs, it had already been “converted” It had been done in 1978, and had stopped running in 1987, and had been sitting in a barn ever since. Here are the pics i was sent of my “Barn Find”.

Fresh from “the Shed”The rare “cotton rag” Carbs! Well at least they are not just sitting open!

40k on the rusty clock

I called the guy that had if for sale, He had built the bike, he was a bike mechanic, He hot rodded it when he kept blowing up engines chasing Japanese bikes in the late 70’s.It was converted to 12 Volts from 6, The engine and trans were /5 the final drive was still /2. the carbs were off because he bought new Dellorto Carbs for it, but never put them on, then lost interest in the project. The Exhaust silencers were REAL Paul Dunstall, not copies. The 750cc engine had been punched out to 840cc using Venolia forged 10.5-1 Pistons, A high lift and duration cam by Sig Erson was then fitted. Some may remember this as marketed as the “Reg Pridmore Big Bore Kit”. He said it still ran well when put up. The speed equipment was more than i bargained for, but i figured since the boxer motor is fairly “modular” I could alway put it back stock if i had to. We agreed on a price, delivered to my secure-undisclosed location, I sent a modest deposit and awaited delivery……To Be Continued…….https://kirkusblog.com/2011/01/12/das-bike-projekt-delivery/ 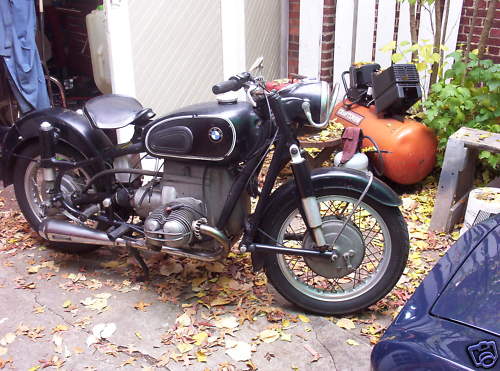 8 thoughts on “A new Direction! or “Das Bike Projekt””