Well I got the heads back and am now at a point where I can put them back on, luckily I decided to see what condition the shafts and bushings were in. It looks like when the previous owner put the engine back together that he used a LOT of sealant on the jugs. So much that the oil passages in the block were blocked and the rockers galled from lack of oil. They look like an old Edison tube recording.  Also the rings that go around the “towers” that the rockers are on were just plain missing! Another setback, and another parts order! When he said the engine was getting “a little noisey” I can see why. The valve lifters are also a little beat up, new ones will go in! 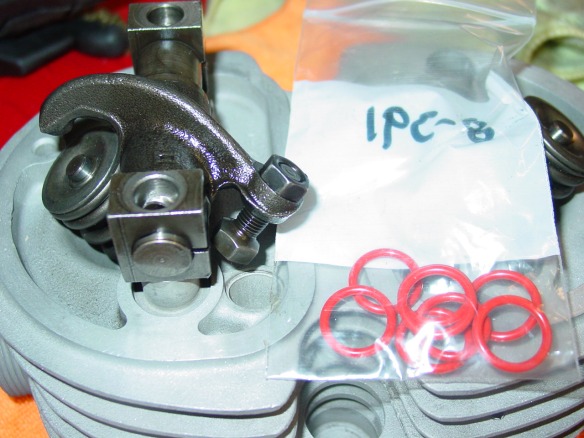 The Worlds Most Expensive “O” Rings! And notice that there is a part missing? 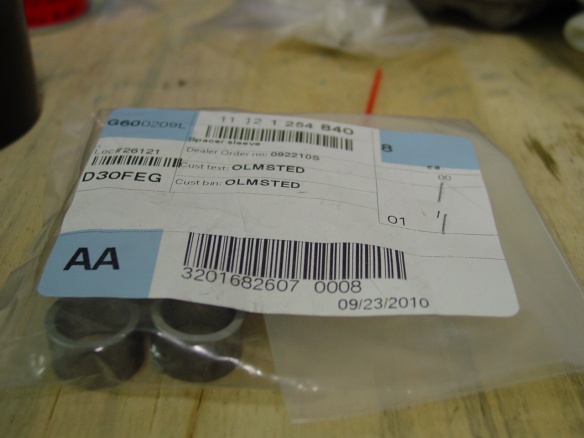 The “rings” that were missing!

The picture really does not capture how shot these were.

New used rockers with inserts from the box of parts I got with the bike.

Next up: Updated breather, and buttoning up the engine.