My friend is selling his very well sorted Hot Rod.

This traditional style hot rod was built by me. I used photos from a great book called “The Birth of Hot Rodding”. I wanted the traditional look of a car that would have ran at the salt flats at El Mirage, Muroc, & Bonneville post WW2. I also wanted the reliability of modern components. I built the car for my own enjoyment and driving pleasure including a drive from Detroit, MI to Brooklyn, NY and back. The car is comfortable, easy to drive and loves the freeway. The entire car is built from acquired parts, I did not have a car to start with. The 300HP Chevy crate motor (new when installed) is disguised to look like a 331 cid engine from a 1955 Cadillac. Spiral turbo baffles in the lake pipes give the engine a nice throaty rumble but not loud. It’s mated to a T-5 manual trans from a 1987 Camaro w/S10 pick-up tail shaft (gear ratio [1]2.95 [2]1.94 [3]1.34 [4]1.00 [5]0.63) clutch is from a 1989 IROC Z28 w/hydraulic throw-out bearing. Final drive is through a 1990 4×4 Blazer posi rear-end (gear ratio 3.42) supported by fully adjustable coil-over shocks to adjust stance and ride quality. The car weights 2400 lbs. w/300hp, it’s quite fast. The frame is a boxed model A that’s Z’d in the rear. The front axle has a 5” drop and the front cross member has a 2” drop with new front shocks. She rolls on 29” dia. rear tires & 23.5” dia. up front and drum brakes on all 4 corners. The car drives and stops in straight line. The convertible top was custom made to fit the 3” chop of the windscreen. As I mentioned, the car was assembled “one piece at a time”. The body was once on a dragster and only consisted of the sides with the doors were fixed shut when I found it; it is real Henry steel with some patches/extensions in the lower rear wheel walls that look like they were relieved at one time; it looks like some filler was used to skin the doors. There are some “Michigan Louvers” (rust holes) at the bottom of both cowl posts and at the back corners of the car; minor stuff that gives the car a little character like the cars I found in the book. The gas tank and firewall are also real Henry Ford metal. The deck lid and the panels above and below the deck are Brookville parts. I built the driver’s door inner to make it functional again but left the passenger fixed. I have new hinges and latch if you want to get it swinging again. I tried to leave most of the parts as I found them to preserve their patina for the look I wanted. The windscreen posts are repo with an original chopped windshield frame. The grill shell is fiberglass with a reproduction grill. I made the seat; it’s comfortable and suitable for long rides. The gauges are 1933 Dodge all rebuilt by Bob’s Speedometer. They’re all accurate except for the fuel gauge that bounces around due to fuel sloshing around in the tank and disturbing the universal/adjustable sending unit. The fuel cell is in the roomy trunk and has a translucent body; it’s very easy to see how much fuel you have and how many gallons she will take because I put graduations on the wall in gallon increments. I found this easier than trying to get the sending unit adjusted precisely. A one-year old battery sits rearward of the rear axle for extra weight along with 100 lbs. of lead (hidden under the frame) to leverage the tires to the pavement. This car’s been on the road since 2005; she originally had a 1955 Mercury w/1937 three speed and a banjo rear. After the scrawny flat head motor went kaputnick, I rebuilt the car to the driveline you see here. This current set-up has 10,000 miles on it. I learned how to do all this from building concept cars for the North American International Auto Show & SEMA in Vegas. I’ve driven the car on many long trips, camping at the Rifle River, Relix Riot at the Gilmore Museum, from Detroit, MI to Brooklyn, NY and back, annual day-long road rallies. It’s even been run on the track at Michigan International Speedway (NASCAR track). This 4 wheeled thriller has been featured on Motortrend Magazine’s web site, Automotive News Magazine (a weekly automotive industry publication), Hot Rodder History website, and mentioned in a book about the history of the Ford Wyoming Drive-In movie complex. I built the car for fun and adventure. I made the floor so that I could remove it without tools for easy maintenance. I put brackets on the underside of the floor so that it can be turned into a table with the provided legs. There is also a dandy little cooker that attaches to the header to cook hotdogs; great for the drive-in movie or a roadside pick-nic. So, you can see the car has its own kitchen & dining room!
I’ve just greased all the fittings, tuned the brakes, including a new master cylinder, front wheel cylinders and hoses plus a front-end alignment, new front shocks, air filter plus oil & filter change (I always use Brad Penn Oil in this engine). Questions are welcomed, just drop me an email. I do have a list of the many components I used to build the car and it has a real title; not a builder’s title. You will enjoy this car.

On 3-11-19 our dealer, Ural of New England, started uncrating our new bike. The last Ural Retro!

A look at some accessories.

I don’t know what motivates people to squeeze and twist the wrapping on the exhaust? But they have done it enough to mine that it is crumbling. The accepted method of rewrapping them is to take them off of the car, but I found that with patience it is possible to wrap them in place. 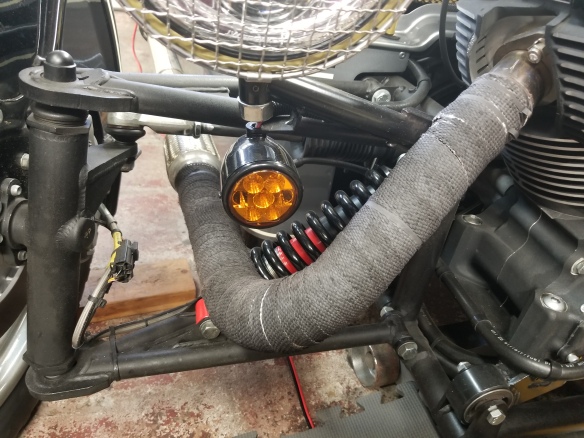 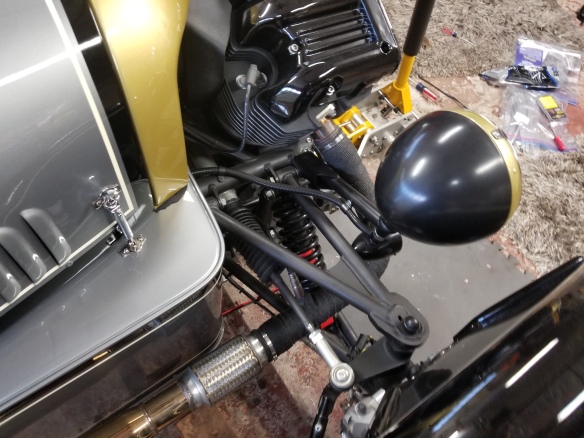 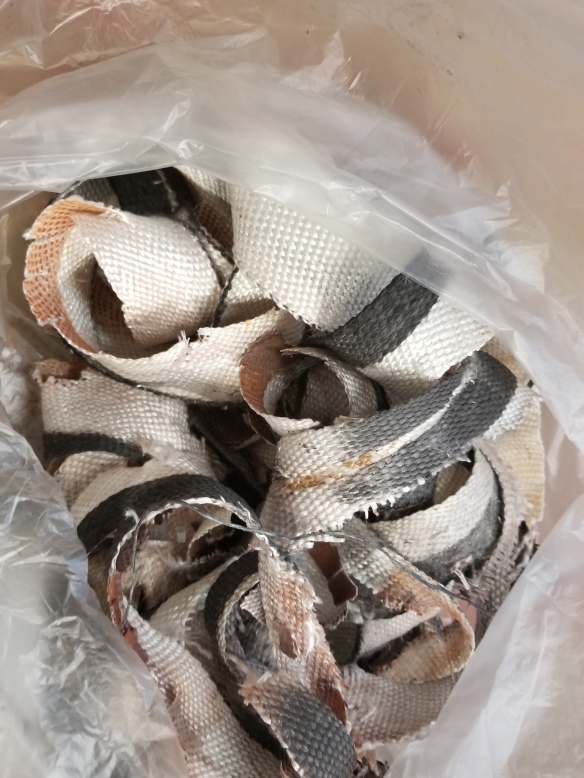 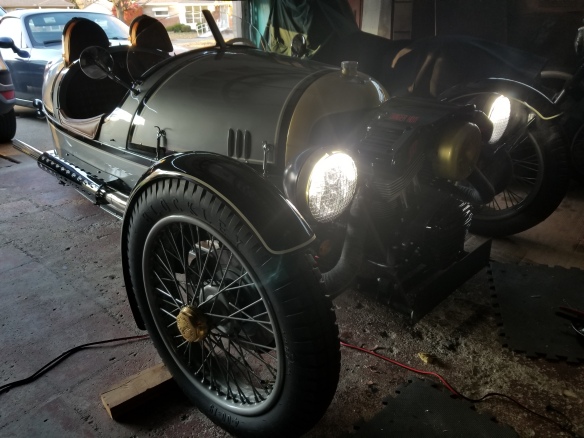 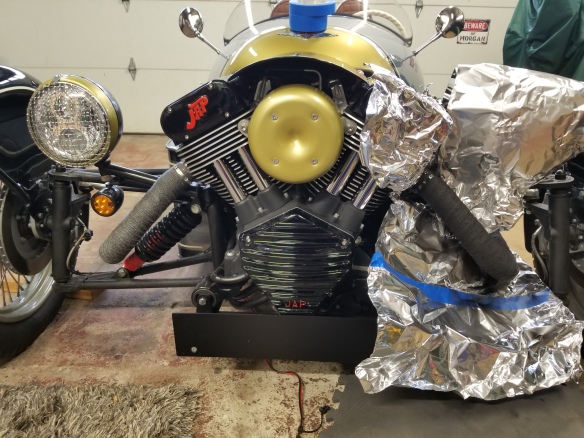 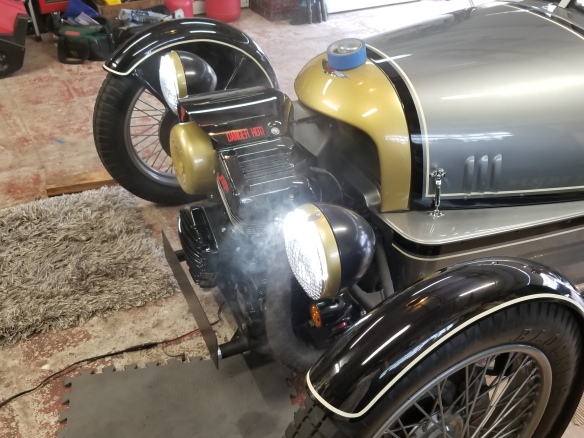 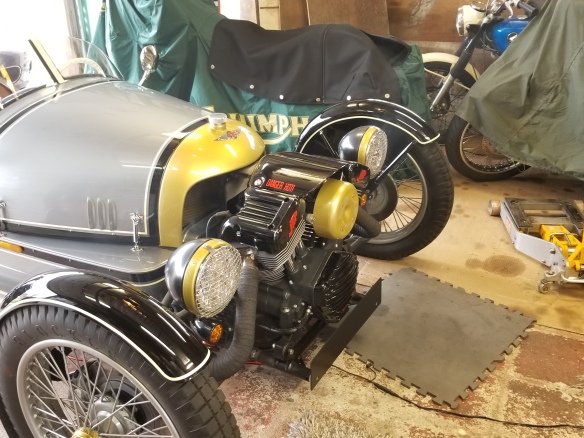 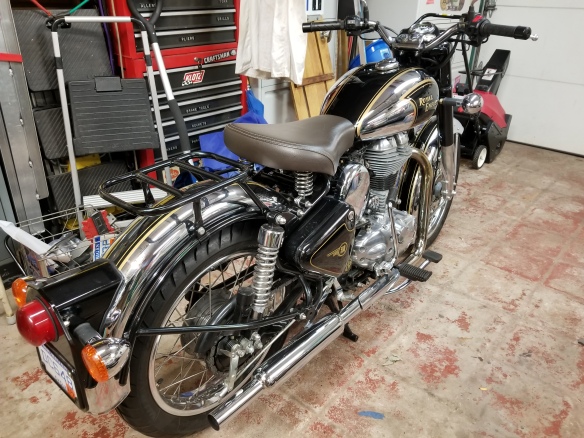 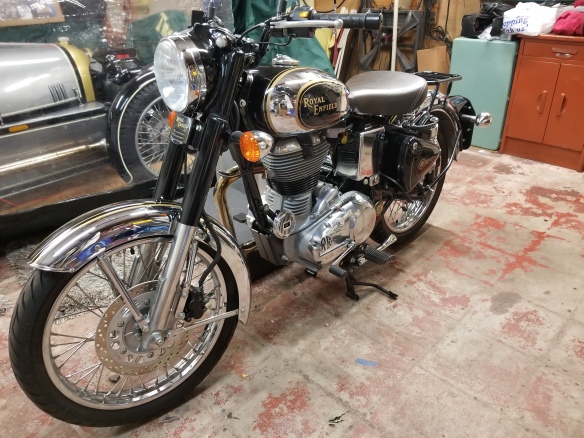 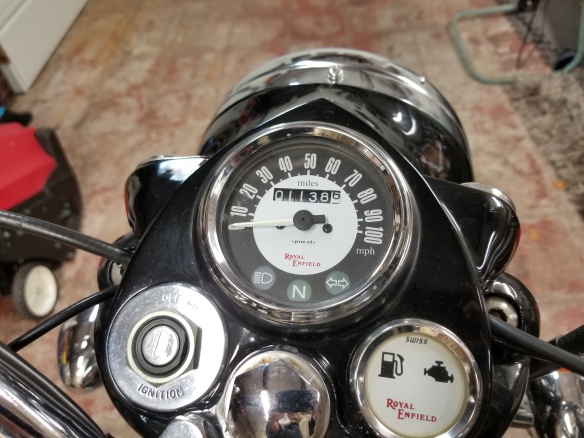 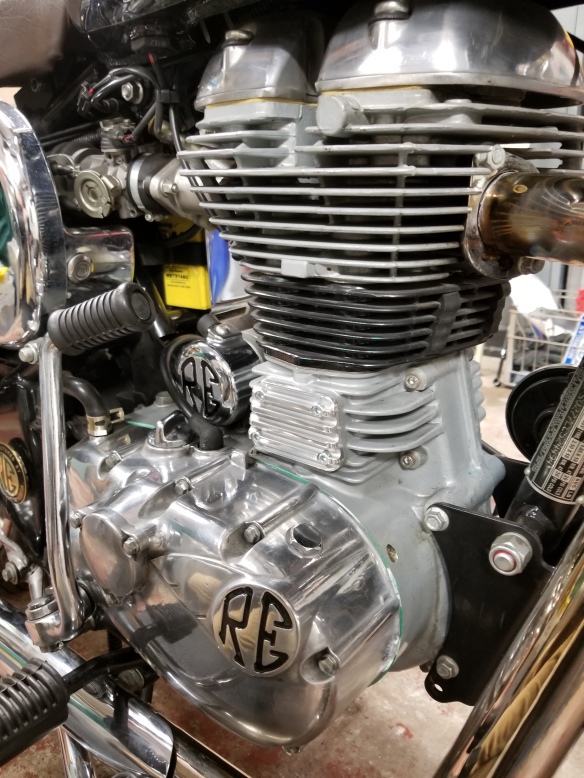 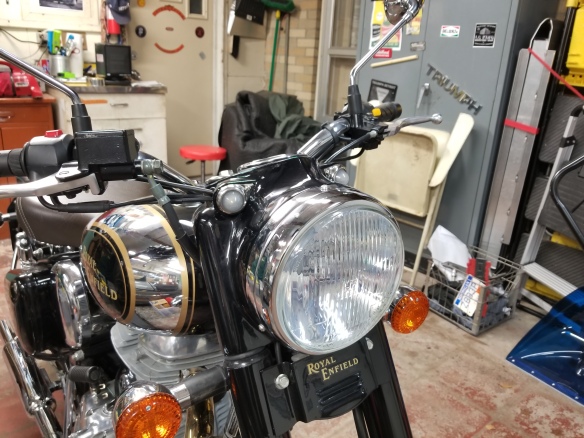 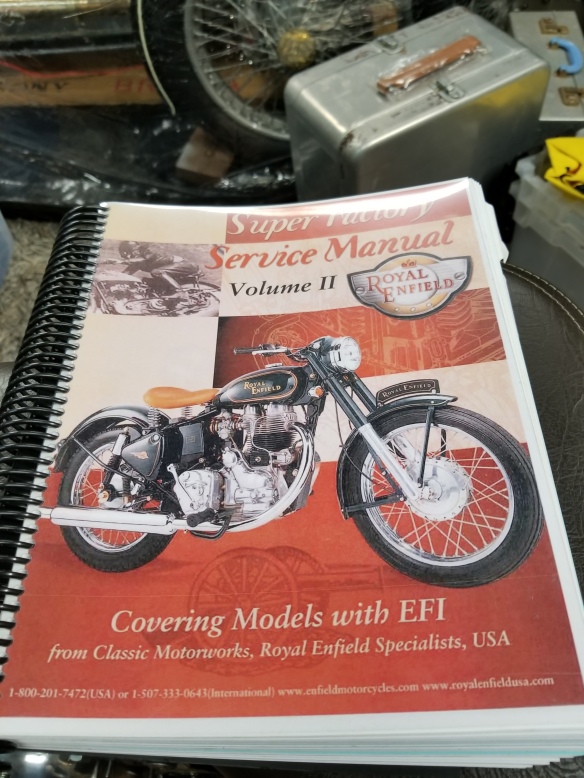 Well today my journey with my R69s ended, and someone else’s began.
I don’t have the words for how I feel about it right now, but the bike came out exactly as I planned, I had an adventure building it, and I learned a lot along the way. Now it belongs to the next owner, like all of our toys will, eventually. Someone else will become the next custodians, and put their own stamp on them.

Just a few quick videos of the BMW

Sharkhide is a clearcoat paint that you wipe onto metal. It smells something like rubber cement! It was developed by the military to protect aluminum boat hulls. Here I am applying some to the Morgan.